There were two stories I saw today out of many that are out there.


The high unemployment rate in the U.S. remains one of the biggest worries for investors. The surprise jump in claims last week suggests that employers are still reluctant to create jobs, which could keep a damper on economic growth the coming months.

Comforting to know that our government little clue on the pulse of our economy. Don't forget those that have recently run out of benefits are and no longer being counted.

The story can be viewed at http://finance.yahoo.com/news/Stocks-fall-after-spike-in-apf-2317341206.html?x=0 if you want the full smoke and mirrors verson.

The other story that caught my eye:  New claims for jobless benefits rise

The Labor Department said Thursday that new claims for unemployment insurance rose by 19,000 to a seasonally adjusted 479,000. Analysts had expected a small drop. Claims have risen twice in the past three weeks.

Some of the increase in claims stemmed from difficulties the government has in adjusting for seasonal factors.


Our government would need way fewer poeple to count who is unemployed if they followed a formula that I just developed for them:

1.  "Seasonally adjusted". Drop this. No such thing. When somebody is out of work they are out of work, period. No June or December, night or day, rain or shine.

2.  If benefits were being paid to somebody last month and not this month because the recipient ran out of benefits, and if they are still not working, count them.  Yes... these people still count.

3.  To simplify:  Ignore step 1 and step 2 and try this.  Keep a list that counts everybody that had a job, lost their job, wants a jobs whether they are collecting unemployment benefits or not.  Count each and every one of them.  Do not remove them from the list until you have some indication from THEM that they are working.

I do not have any issue with the story or the Los Angeles Times.  The factors I am drawn to are the statements from our government that this story reports.

I have a number of issues with our government and have had issues in trusting them and having faith in them ever since I was right in the middle of the Vietnam era of this country.

In any case, it took more than one administration to destroy the country and to outsource our jobs. 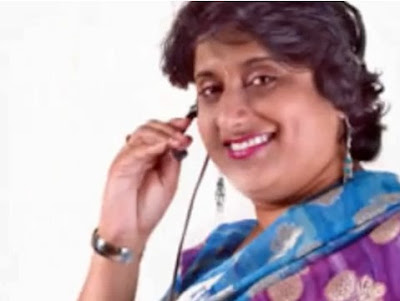 America was not lost overnight.  We used to produce the finest computers, rockets, aircraft, and cars in the world.  RCA, General Electric, IBM all meant something.  The "telephone company" provided service in the past but today we are left with people like ATT who has a customer service reputation that is even lower than the reputation of British Petroleum.

I posted the above video before but I am posting again as a reminder.

Destroying America did not happen overnight and it will take much longer to climb out of the hole than our government is going to report to the public.  The country is going to need to go through a major shift and adjustment that will take many years.  In the meantime, I personally feel our government is obligated to report proper and accurate numbers of those who are out of work, unemployed, who have lost jobs or whatever label one puts on the situation.

Don't print pointless numbers which are not true one week and reverse the slant with a nice set of numbers the next just to keep the stock market moving all over the place so the few people in the country who do have money can keep playing the most expensive and exclusive game that has ever been developed.
Posted by myles111us at Thursday, August 05, 2010 No comments: