Los Angeles has the highest homeless population in the nation.  It was not a surprise to see a newspaper on the opposite side of the country write about the homeless in Los Angeles. 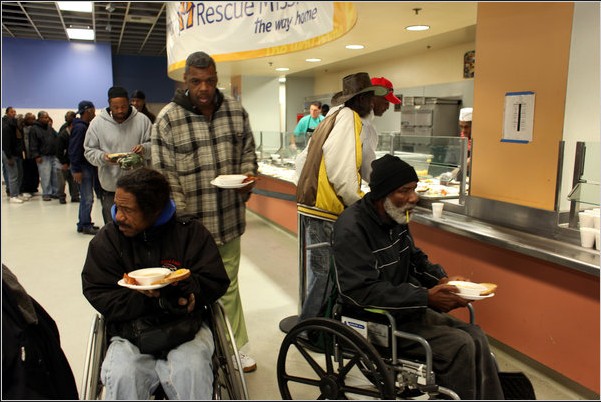 Breakfast at the Union Rescue Mission. The governmental structure of a county that includes 88 cities and a maze of conflicting jurisdictions, responsibilities and boundaries has made it nearly impossible for any one organization or person to take charge of the homeless issue.

LOS ANGELES — It was just past dusk in the upscale enclave of Brentwood as a homeless man, wrapped in a tattered gray blanket, stepped into a doorway to escape a light rain, watching the flow of people on their way to the high-end restaurants that lined the street.