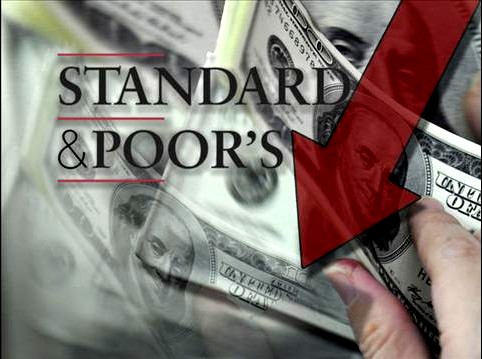 Finally some slight credibility from somebody in our country.  S&P steps up to the plate and states in their own way that the Emperor has no clothes.


Last night on the news there were stories of argument and blame in Washington that ranged from who is at fault to stories faulting the S&P for not using accurate figures when they made their call.

I said slight credibility above because I feel the downgrade from AAA to AA+ was a step in an accurate direction but not accurate.  This nation deserves a much lower credit rating.  The reason we should have any credit rating at all would be based on goods already in inventories and the spirit of the American people, NOT on the leadership, performance or action in Washington in America.

For those who want to argue the point let me ask you this.  If you were looking at a business or corporation to invest in yourself would you pick one who had a track record of such bad performance which continues to decline?  A company with a board of directors who put all effort into their personal agenda rather than in the company?  A company where nobody could or would work together in concert for the good of the company?

Next week we will probably hear many stories on why the move by the S&P should be challenged.

The S&P pointed out that it is dark.  The folks in Washington are now starting to argue how this was calculated based on the time of dawn and dusk.

To you assholes in Washington, open your eyes.  It is dark.  It matters little if the hour is late and the sun went down or if you are stuck in a closet and cannot find the door.  Bottom line, it is dark and the reason does not matter anymore.