Why is the homeless situation not improving. I know!

Today was my second Christmas Eve on Skid Row in Los Angeles.


The Los Angeles Mission was putting on a large street event.  There were presents for the kids, food for everybody and entertainment.  The other mission in the area were putting on their own events.
I was heading to Union Rescue Mission which is the oldest and largest of the Los Angeles missions and perhaps the oldest in the country.
I spent some time talking to Andy Bales, the CEO of Union Rescue Mission when he had a moment of free time.  Andy was busy on the roof of URM while 1,800 steaks were being grilled for the meal later in the day.

I looked out over the city from the roof at Union Rescue Mission. 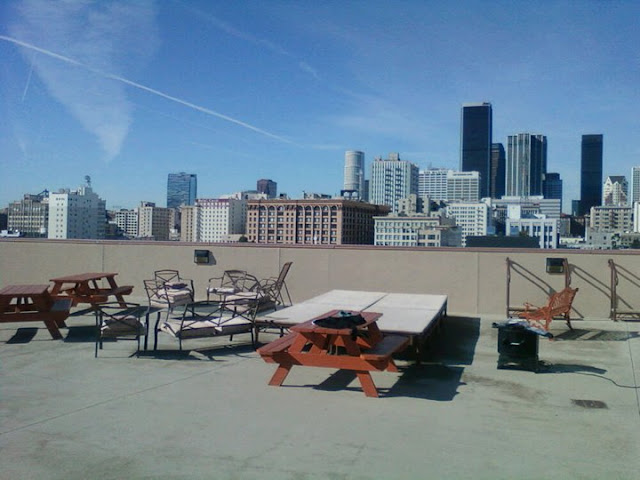 Some of the largest corporations in the USA can be seen from the roof of Union Rescue Mission in the heart of skid row.


Talking with Andy Bales and looking at the view I figured out why the homeless situation is getting worse rather than better.
Yes, I figured it out.