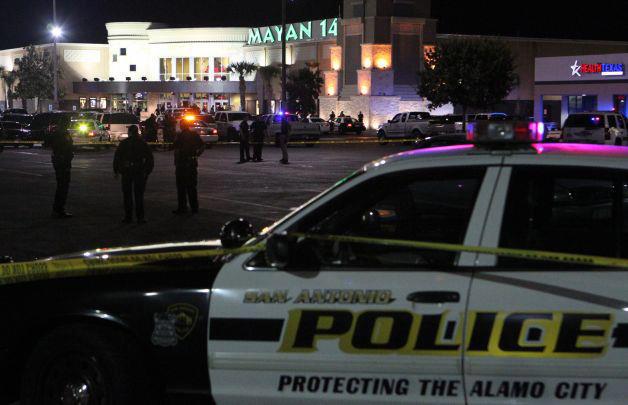 On Sunday December 17, 2012, 2 days after the CT shooting, a man went to a restaurant in San Antonio to kill his X-girlfriend. After he shot her, most of the people in the restaurant fled next door to a theater. The gunman followed them and entered the theater so he could shoot more people. He started shooting and people in the theater started running and screaming. It’s like the Aurora, CO theater story plus a restaurant!

Now aren’t you wondering why this isn’t a lead story in the national media along with the school shooting?

There was an off duty county deputy at the theater. SHE pulled out her gun and shot the man 4 times before he had a chance to kill anyone. So since this story makes the point that the best thing to stop a bad person with a gun is a good person with a gun, the media is treating it like it never happened. Only the local media covered it. The city is giving her a medal next week.  http://tiny.cc/l4a3pw

My take on this?

Here in Southern California I patiently wait and count the days until all pens, sharp objects, liquids and other items are surrendered at the door of movie theaters. Perhaps this can extend to restaurants and other places?

Am I the only one smart enough to see that this is California's answer to the budget problems in this state after sales tax increases and business taxes have driven so many employers out of the state, reducing revenue?

Yes! We are soon to be the center of the USA for not only being ground zero for the homeless BUT we are going to have our employment problem vanish as one resident it five will now work for the folks who supply the TSA folks at the airports! We just might find those folks at the entrance to every building which has public access! The side business will be coffee stands and snack carts to feed patrons as they wait in line for security checks for their turn through the detectors.

Yes, California will lead our great nation in safety and our economy will flourish (on paper) as unemployment drops to zero as the minimum wage task force of armed folks with GED educations rises to be the primary workforce in the golden state.
Posted by myles111us at Sunday, December 30, 2012 No comments: