Today I wrote my elected officials 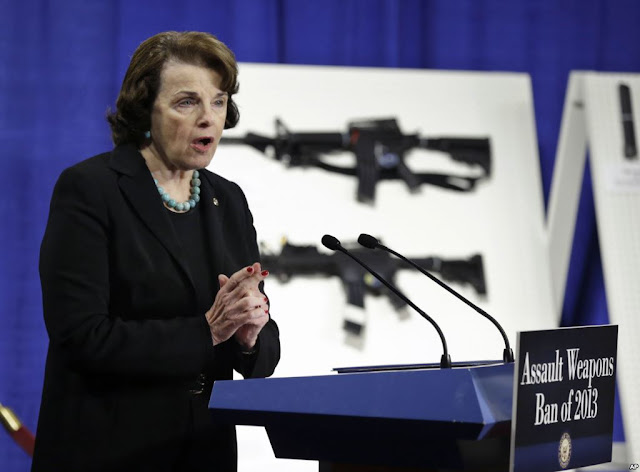 Today I wrote my California elected officials.  I also sent a copy to our President and the people in Washington.  Below is a copy of my letter.

I have lost all faith in our California elected officials.

The subject of firearms is a topic that is a current focus of attention in our nation.  Looking at some of the items in process it makes me ask myself if some of these folks are actually serious, do they have any logical thinking ability?  Or, is this just a very efficient media stunt to get their name into the press?  It seems the latter is the case.  I had never heard of many of these folks until their antics started using the subject of firearms as a foundation.

Assembly Bill 760 (Dickinson) imposes a sales tax of .05 cents per ammunition component (complete cartridge, bullet or case).  - Does this dick(inson) have any basic math skills?  A box of 50 rounds of .22LR ammunition that is usually around $2.50 would now be $5.00?  The most popular cartridge used to teach young people how to safely handle firearms.  A premier target cartridge.  Well, I know this fellows name now and if I see him run for any office I will do my best to bring his lack of ability to the public via social media.

Senate Bill 47 and 108 (Yee) - I had no idea who this fellow was a year ago.  I am now personally embarrassed that he has anything to do with the state where I was born.

Senate Bill 53 (DeLeon) requires persons to buy an annual ammunition purchase permit, requires the registration and thumbprint of the purchaser for each ammunition purchase, and bans online and mail order sales of ammunition to Californians. - More paperwork here and more taxes from the joker above.  You folks are doing a heck of a job driving business out of California.  Between the taxes and paperwork it is a wonder why any business would want to reside in this state.  You folks mismanage the money you are given and a year later ask for more.  The voters pass a measure to raise taxes for teachers and a few months later layoff notices still go out to many teachers.  You are all scoundrels, liars and dishonorable by any standard that I was taught when I went to school in Los Angeles back when you did not need to take a test to graduate to affirm you could read or write.

Senate Bill 293 (DeSaulnier) bans the sale of conventional handguns, if the Department of Justice approves the sale of “Owner Authorized – Smart” handgun technology. - You folks really cannot see the path this is leading to?

Senate Bill 374 (Steinberg) expands the definition of “assault weapons” to BAN the future sale of VIRTUALLY ALL semi-auto rifles (including rimfire cartridges) that accept a detachable magazine, requires NEW “assault weapon” registration, requires registration of ALL those semi-auto rifles that are currently possessed to retain legal possession in the future, and subjects these firearms to all other “assault weapons” restrictions. - Steinberg. Feinstein. When they talk of the Jewish homeland of Israel where they fight for the country I hope they check your passports to assure they are on the NO ENTRY list.  I am Jewish and you both offend me personally.

Senate Bill 396 (Hancock) bans the possession of any magazine with a capacity to accept more than 10 cartridges, including currently legally possessed "grandfathered" large capacity magazines. - Legal one day and outlawed the next.  Thankfully our government trained many of us in the past, some of us extremely well.  Many of us are now at the age where we have led a full and productive life and are not concerned with possible consequences.  The DHS can buy all the ammunition and light tanks it can with the taxpayers money but if you folks cannot sleep at night it is no mystery to me.

Senate Bill 567 (Jackson) changes the technical definition of a shotgun, which would turn all handguns into short-barrel shotguns that are illegal to own. - I really need to talk to this fellow.  I want him to change the definition of "automobile" so my car can then fly over the traffic here in Los Angeles.

You folks are pathetic and anything but leaders.

I await my form letters as your typical response.