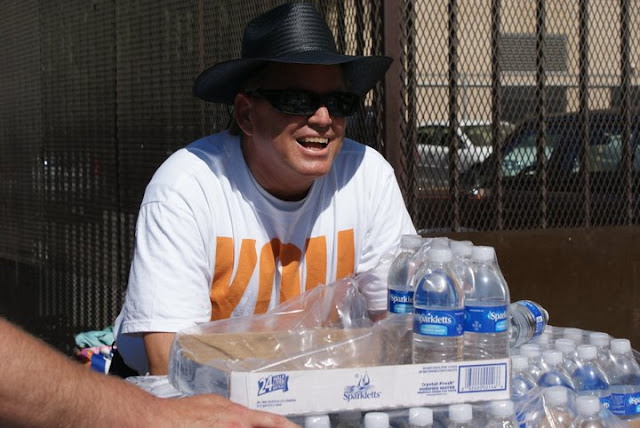 Andy Bales; CEO of Union Rescue Mission.  I love this shot of Andy from Don Garza.  This was the hottest day in Los Angeles recorded history.  It was 113 degrees in downtown Los Angeles and Andy Bales was pushing the water cart in this photo, about 1500 pounds.  This is the sort of image that comes to my mind when I hear the name Andy Bales
I have posted these videos before but felt it warranted posting again on this last day of the year.   Click "more" to see this entire post with the terrific videos.

Email ThisBlogThis!Share to TwitterShare to FacebookShare to Pinterest
Labels: homeless

Today there is a story in the National Examiner.  I would have posted a link to this story but there were so many pop-ups and spam when trying to read the article that I just copied and pasted the article and will not be looking at anything from them in the future.
Jobless claims drop; ranks of 99ers seeking tier 5 unemployment extension grow 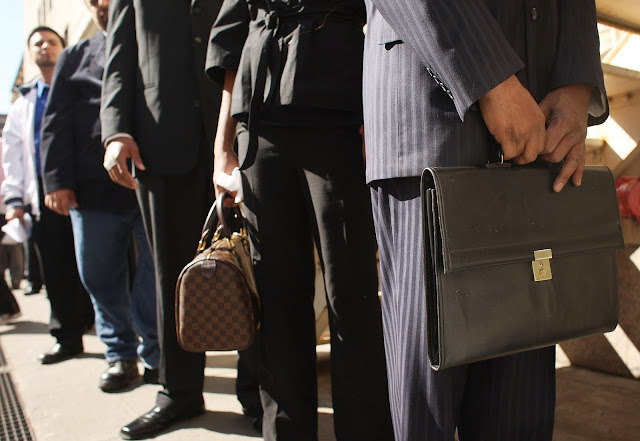 All dressed up and no place to go.  People from all walks of life
This was a bit of a contradiction.  More smoke and mirrors on the way in 2011?
The seasonally adjusted number of initial jobless claims last week was 388,000, a decrease of 34,000 from the previous week's revised figure of 422,000, the U.S. Department of Labor reported yesterday.
There was that phrase which is so commonly used in the media spin ... seasonally adjusted.
Thankfully the article went on to explain and stated the obvious; the unemployment rate continued to rise.
Read more »
Posted by myles111us at Friday, December 31, 2010 No comments: